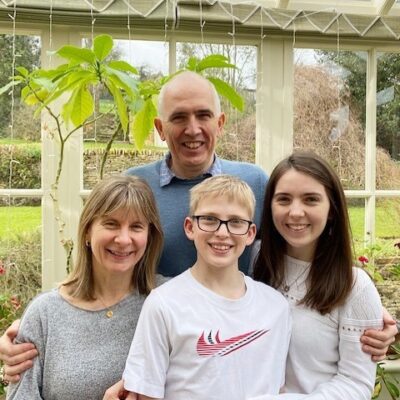 Zac Tremellen, 13, has just been gifted a £10 ownership share in Ilmington Community Shop. Not surprisingly, teenager Zac says it’s the first time he’s been a voting, shareholding member of a cooperative business. “It makes me feel quite important!” he says. Mum and dad, Sarah and Mike Tremellen, are well known as the driving force behind our wonderful community shop, and Mike is currently Chair of the management committee. When the first share offer was raised in 2014, the Tremellens purchased shares for themselves and their older children, Will and Holly. “It’s nice to be invested in the village you grew up in,” says Holly, now 25 and living in London. “When we were young, the village shop gave us the independence to go shopping with friends, mostly buying sweets to be honest!” Zac was too young to hold a share in 2014, but since anyone over 10 is entitled to hold a single share, he’s joining now. A £10 share makes a great family gift. “The fact that they are part of it is just brilliant,” says Mike. Like Holly before him, Zac hopes to volunteer in the shop one day. “It’s a great place to go when I’ve been in the park with my friends,” he says. “It’s somewhere to go by ourselves and buy some Haribo and a drink!” Our current share campaign is aimed at giving ownership to a new wave of customers, volunteers, young people and residents who have moved into the area. “I really like the fact that the community owns the shop,” says committee member Sarah. “It works so well when businesses are owned and run for the benefit of the community.” Anyone can take advantage of our share offer, which runs until Friday this week. Young people over 10 are allowed to hold a single share until they are 18, when the limit rises considerably. One share gives you the same voting rights as every other member. For more information, go to www.ilmingtonshop.co.uk or ask inside the shop for a form. (l-r: Sarah, Mike, Zac and Holly Tremellen)